I don’t make a lot of pies. I don’t really like pie crust and I never could seem to get the hang of making a good crust. But recently I watched one of my favorite movies. I may have watched it like 2 or 10 times. It’s cutesy, sweet and full of pie…pronounced PAHH. The movie is called Waitress. It’s a story about a young waitress, in an unhappy relationship, who makes pahhs. She has all these cute names for her pies, depending on what’s going on in her life. It’s really cute and well, her pies made me wanna make a pie. I even made the crust! But I have been known to use a store bought crust. This pie has blackberries, raspberries and blueberries. So let’s see, I should give my pie a name,  like she did in the movie.  Let’s call it my Watching a movie for the 10th time 3 berry pie. I say that with a southern accent. (I love southern accents)

I used a combination of frozen and fresh berries. I’ve made this pie using sugar and I’ve made it using Splenda. It’s good either way. So, go get some berries and make a pahh. Don’t forget to give it a cute name.

Here are some of the names of the pies in the movie: 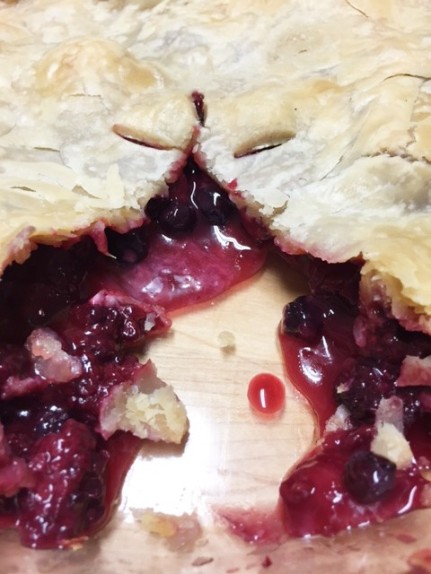 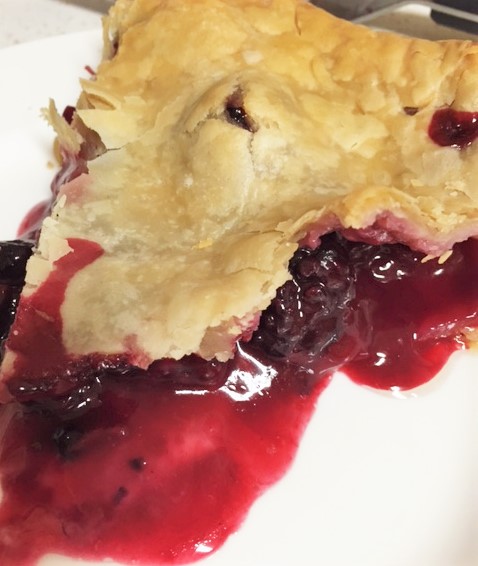 Using a fork, cut the shortening and flour together until you have course crumbs. Add the cold water a little bit at a time and mix just until it comes together. YOU MAY NOT USE ALL OF THE WATER. You don’t want a really wet dough. Form it into a ball and chill for about 20 minutes or so. Cut the dough in half and either save one half for another pie, or use it as a top crust, to cover your pie. Roll the crust out on a floured surface until its nice and smooth and flat and gently place it in your pie plate. Set aside while you are preparing the filling.

5 – 6 cups of fresh or frozen berries (blue, black and raspberry)
3/4 cup sugar
juice of half a lemon
3 tblsp flour

Mix together the sugar and flour. Gently mix the sugar and flour with the berries and add the lemon juice. Dump that mixture into the unbaked pie shell. At this point, you can bake it as is, without a top crust, or you can place the other crust on top. Crimp the edges of the top and bottom crust together and make a couple of slits on top of the pie crust to allow steam to escape. Bake for 35- 40 minutes until the crust is golden brown. Allow to set for a couple of hours and serve warm or chill it. Either way is good.

Serve with our without ice cream.

Tell Me What You Think Cancel reply

Thought for the Day

Life is short. Lick the bowl.